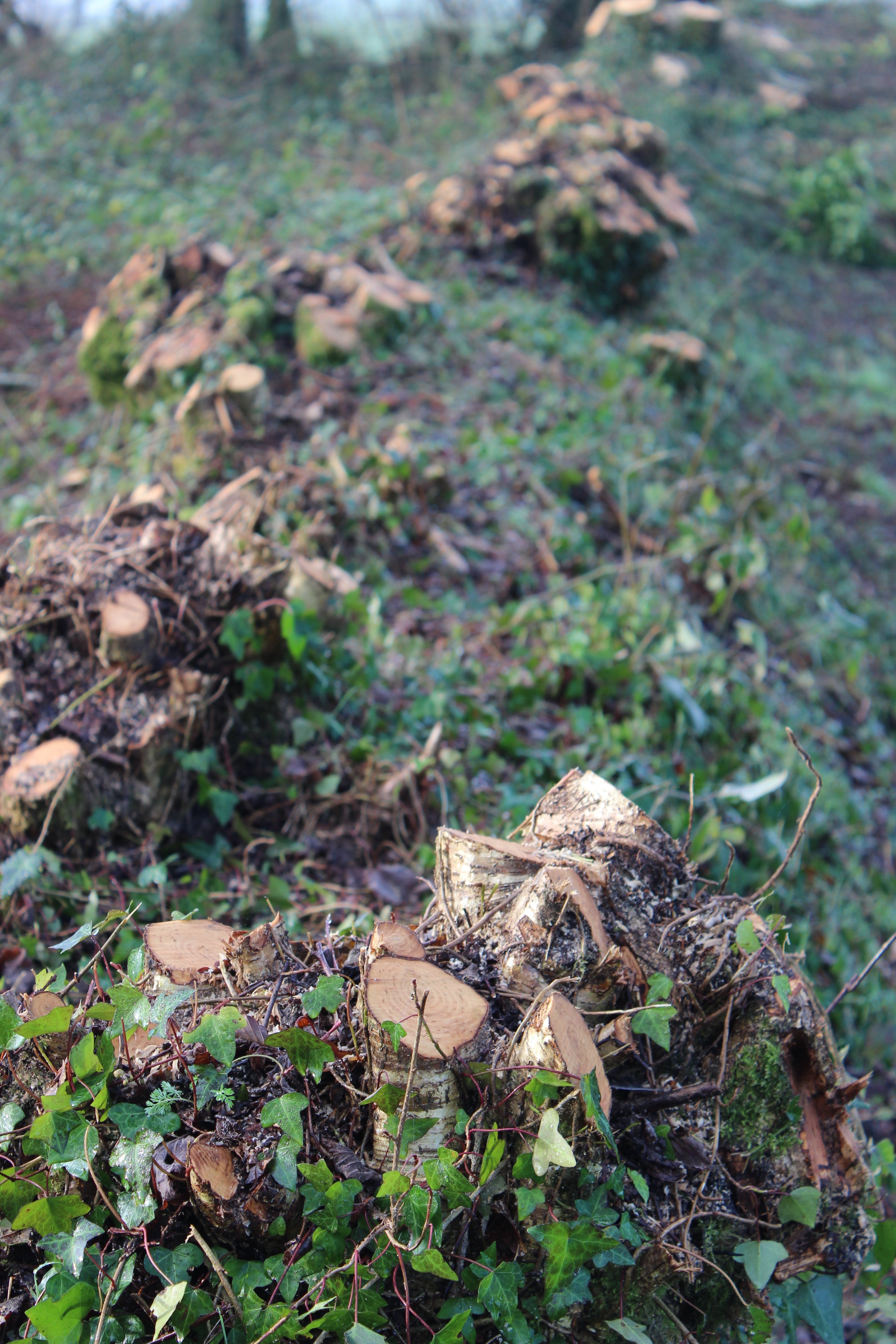 Winter is the best time for tree work. Hazel trees should be cut down to ground level. New shoots will grow up from the base, re-invigorating the root system and old wood. A hazel tree coppiced regularly in this way can live for thousands of years.

We first cut the above bank about seventeen years ago, prior to that it had been allowed to become overgrown; each hazel had multiple trunks that were intertwined with each other, and bramble plants were rampant, growing up through the trees and bending young branches down under their weight. Some of the trunks had died, and had started to rot down to the base, leading to a lack of vitality at the heart of the plant. After the initial cut, regrowth was quite slow – not comparable to the growth seen in properly-managed coppices – but we kept cutting the brambles, and the young shoots started to gain some vigour. We cut the bank again about eight years ago, and again this year. The trees are now starting to regain a classic hazel coppice dynamic, producing straight poles, and a mass of fine twigs that are ideal for making into faggots. The deer managed to eat some of the young shoots growing up from these stools before we had got round to protecting them with wire netting, but even so, some shoots have grown five or six feet over the summer. We have other, mature, hazel coppices on wetter parts of our land, and they can produce up to nine foot of growth in the year after cutting. 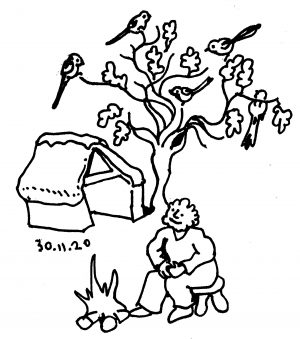